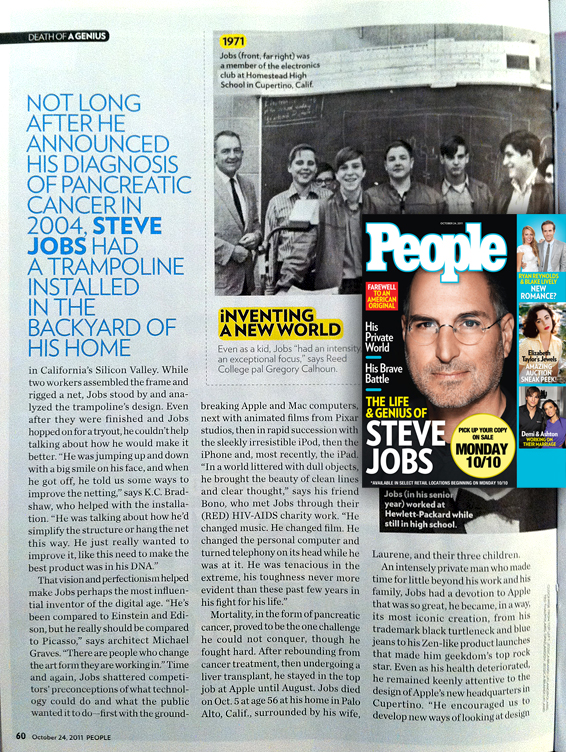 I’m honored that my quote was chosen as the introduction to People Magazine‘s Steve Jobs tribute issue: “Farewell to an American Original” (Oct 24, 2011).

“Not long after he announced his diagnosis of pancreatic cancer in 2004, Steve Jobs had a trampoline installed in the backyard of his home in California’s Silicon Valley. While two workers assembled the frame and rigged a net, Jobs stood by and analyzed the trampoline’s design. Even after they were finished and Jobs hopped on for a tryout, he couldn’t help talking about how he would make it better. ‘He was jumping up and down with a big smile on his face, and when he got off, he told us some ways to improve the netting,’ says kc! Bradshaw, who helped with the installation. ‘He was talking about how he’d simplify the structure or hang the net this way. He just really wanted to improve it, like this need to make the best product was in his DNA.'”